Day one of Treefort 2016 is in the books

It was a night that glowed with bands and press settling in and feeling the love, with some stunning sets across town.  Here is the rundown of the bands that caught my eye.  Check out our Instagram and Twitter this week for more coverage, from myself and the awesome Lanny Lieu. @grittybirds 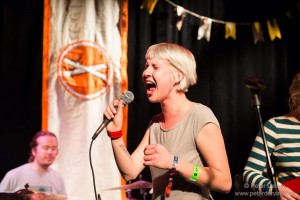 Seattle 5 piece Great Grandpa opened my night at Linen Building.  Led by  vocalist Alex Menna, the band’s sound falls between Nirvana, Paramour and Metric, with the vocalist leading the way with a range of vocal inflection that is reminiscent of the Cranberries, with icy perfection that is nuanced with crack.(photo by Peter Dervin)

Boise band Harvey Krishna play psych, but not the recent kind.  The artist has been around for awhile and is no spring chicken.  He has a girth to his performance that felt genuinely down home and real.

Jackson Boone and the Ocean Ghosts – The Olympic 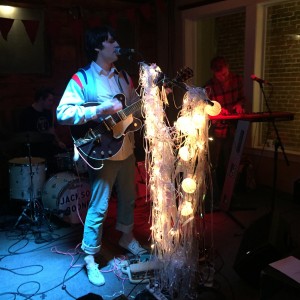 Returning from tour and SXSW, the Portland psych rocker led a riveting set of his dreamy Doors-esque music.  The artist played material off of his 2015 release as well as some new songs, which were recorded in January for a release expected later this year. 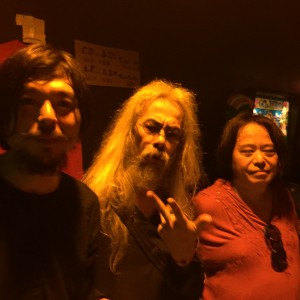 Acid Mothers Temple played an absolutely stunning set to close out the first night of the festival.  The Japanesepsych rockers leave me with a new base line for what amazing psych music is about.  The band is currently in the midst of their US tour, arriving shortly before their set from Seattle.  While tour can be hard on anyone, the band members apparently are wizards in the kitchen and make cooking right a priority on tour.  With the amazing music they are making maybe they are onto something there.