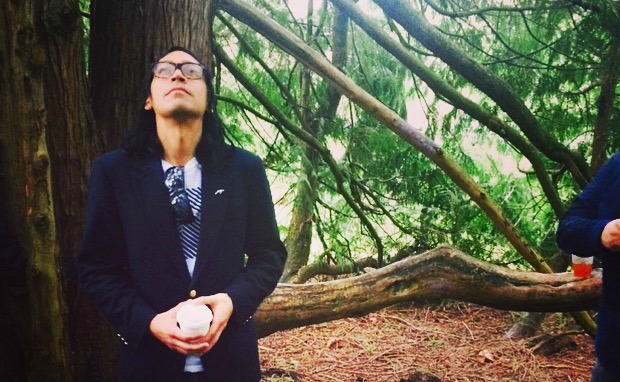 Talent buyer, artistic director, curator, bassist and radio DJ are just a few of the titles that Portland tastemaker and self-described “gatekeeper” Theo Craig claims to his name.

After a particularly spicy breakup, Craig set his bass down for years—until one fateful night at Pickathon when a washboard, a Pendleton blanket and a late-night jam session reconnected him to the passion he thought he’d lost as an artist.

Hardly keeping to himself when he’s not playing, Craig has made a name for himself as the man behind Rontoms Sunday Sessions,XRAY.fm’s Take It To The Bridge!, and as the artistic director for PDX Pop Now!—all this after moving to Portland from Seattle, where he was the sponsorship director for KEXP.

Today, he continues to be a vital piece of the Portland music community, working to not only break new bands but also his own bands, like psych trio Máscaras while also backing psych-pop chanteuse Cat Hoch.

Craig sat down with The Gritty Birds to talk about his projects, finding lost things, our favorite festivals, and his advice for artists.