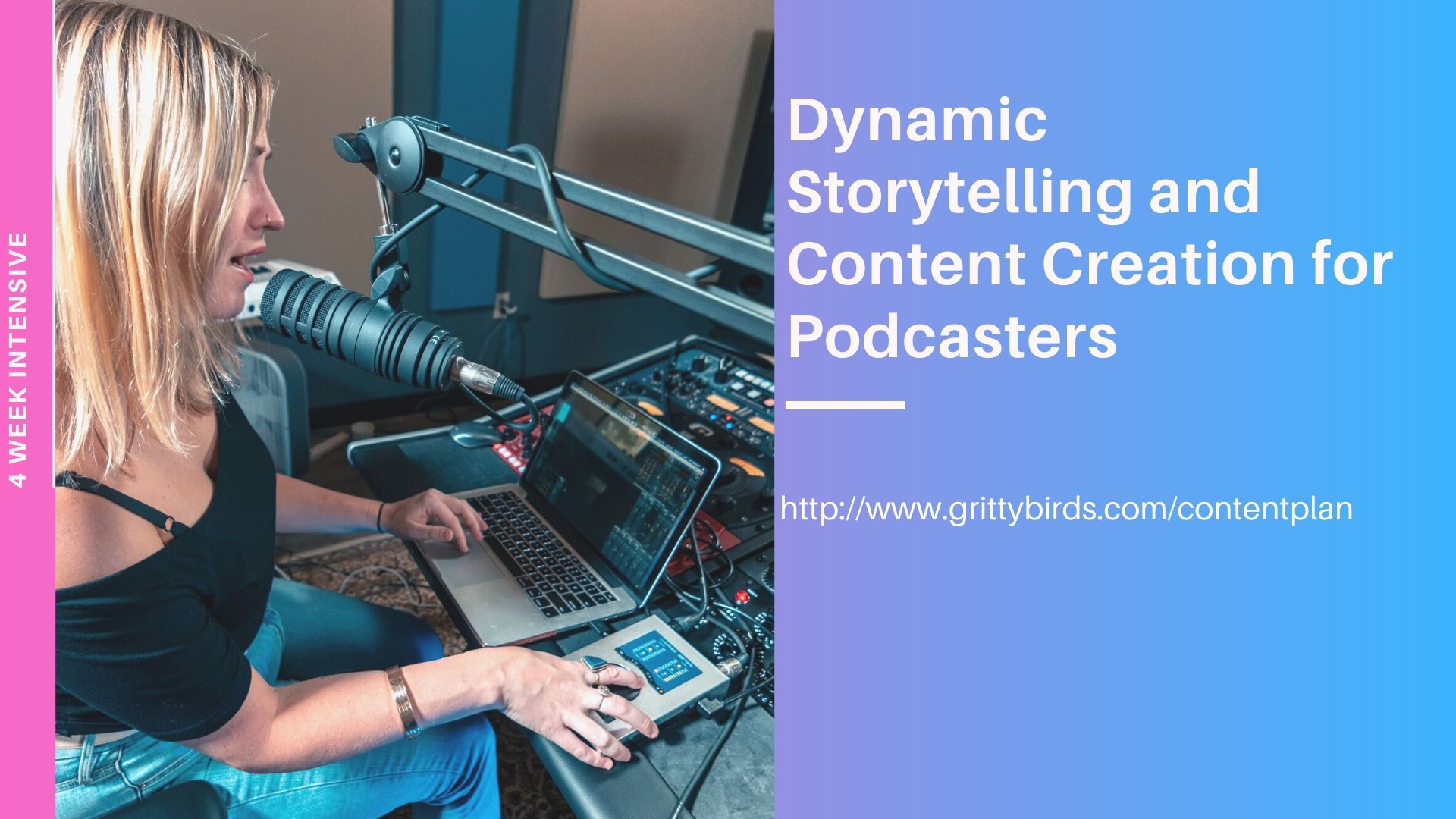 End of Summer is upon us and that means the annual gathering of all things Podcasting, PODCAST MOVEMENT. 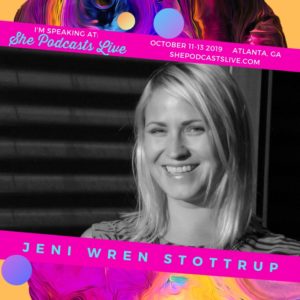 I’m here this week, ahead of my speaking gig on Narrative Podcasting in 2 months at She Podcasts Live, offering a couple special promotions!

Do you want to up your skills in audio production, social media or more? Over 4 hour long sessions or 6 half hour sessions, we can work on technique and more, for a discounted $300 rate.

This deal is extending through until She Podcasts Live!

For all new clients who sign and give a deposit within 2 weeks of Podcast Movement, I’m offering 1 discounted episode for $100, up to an hour of advanced editing with a consult.

For all new clients who sign up and give a deposit within 2 weeks of Podcast Movement, I will take $50 off launch package pricing. Please message for more details on pricing.

If you are in Orlando, send me a message in the app if you’d like to schedule a meeting. Otherwise, feel free to book at time using the promotion codes listed above on acuity. 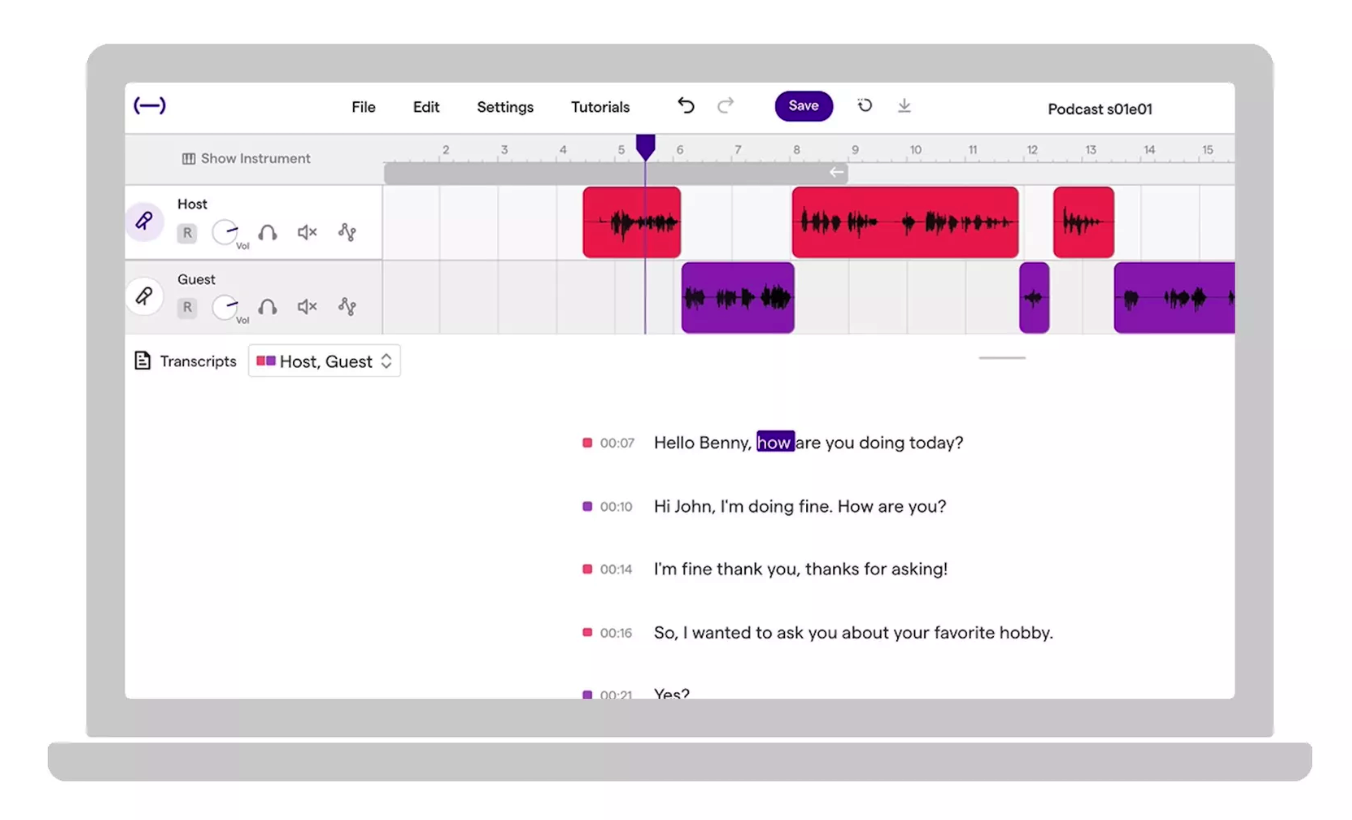 This week Spotify unveiled their latest development in their buildout in the podcast and audio world, Soundtrap.

The big piece they unveiled for podcasts is a transcript and audio sync that allows you to delete audio straight from the transcript.

I specialize in narrative so this was very appealing. The program has a free trial that allows for 30 minutes of audio.

I uploaded my interview with artist Billy Strings from Pickathon in 2017. I already have a transcript for it from Amazon’s AWS service which is now offered for free in the next year if you using Auphonic, but it fit in right at that 30 minute mark.

An online software at this point, it feels like a fusion between Garageband and Canva(an online graphic design tool). Uploading was very simple. The transcript took about an hr to be created and as advertised, you can absolutely delete audio straight from it.

The program also has audio integration including a large library of royalty free loops that come with a couple of levels of the subscription.

Soundtrap is making waves for podcasting but it’s main application when you enter the site is music production.

For podcasting, the delete tool is great, but it hasn’t really fleshed itself out yet to truly be effective for storytelling.

Where it can improve:

First, there is not an option for using plugins. This means that you cannot do audio clean up in here.

Second, it does not have space yet for clip saves. In narrative, being able to save small chunks and then reassemble them is important. Hindenburg and Audition are still far superior for both of these first two reasons.

Third, there is not yet a way to edit the transcript other than deletion. This means you can’t make a quick script and note when voices change without listening.

Overall, it’s a pass for this editor currently. My current stable of programs are more effective. That being said, I hope they continue to develop this technology and I’m interested in seeing where it develops in the next year. If they are able to integrate plugins and clip save or if other programs are able to develop this technology themselves, it would be a wonderful tool for storytellers.

The Silent Protest: Making Music Today with Wild Ones, Reptaliens and Priests

“People think because we’re outspoken, or because we have opinions about the fact that like a fascist is running our country, we’re a political band. But I think that that binary of political non-political music ignores the fact that there’s a political dimension to almost any kind of art.

Saying let’s keep politics out of this is a way to reinforce the status quo. So we shy away from from the label political band for those reasons about the world around us.”, say Katie Alice Greer, from woman for DC band Priests.

Priests are a post punk band in a post the rich asshole era, who just released their latest album in January. This feeling defined a large number of the perspectives from artists I spoke with this year for this Season’s interviews.

Wild Ones Danielle Sullivan shared, “I’ve always thought obviously going to concerts is a really special thing, but it’s felt like elevated in a special way since all of the upsetting and disturbing things have been going on for the last year.

Almost just the act of going getting out of your house going to a room to be with all of these other people that you don’t know.. and they could believe or think or like be different from you in every way. Getting sweaty right next to strangers, just to absorb an experience and be part of art feels so important right now. It feels even more important than before somehow.

Wild Ones new album plays with the ideas of anxiety, set to a pop and synth splattered canvas. In both Priests and Wild Ones albums, there is a certain escapism that folds in the message, a certain defiance. Despite all the darkness, we’re not getting held down from the light.

Reptaliens smooth and upbeat optimism, paired with the downright experimental stands against uniformity, taking challenges with their music and in their approach.

“It’s all about a serial killer and it kind of takes you through his life and like his childhood and then through… there’s this saxophone bass solo that kind of takes you through him killing somebody. So it’s a really intense song it’s called olive boy.  “oh this boy on everyone’s minds.. who is the olive boy,”  shared vocalist and shredder Bambi B about a track from a B sides record released this spring.

Stepping on stage with a dancing alien, singing music about serial killers, they called the attention of Captured Tracks. It was the only label they reached out to but they were quickly signed with the label.

For Wild Ones, Reptaliens and Priests, it’s a time to take risks with music and not be afraid to tell it how it is.

You can check out each other albums, which were released this year, on their websites.

Listen to the episode for more stories, set to music from their recent albums.