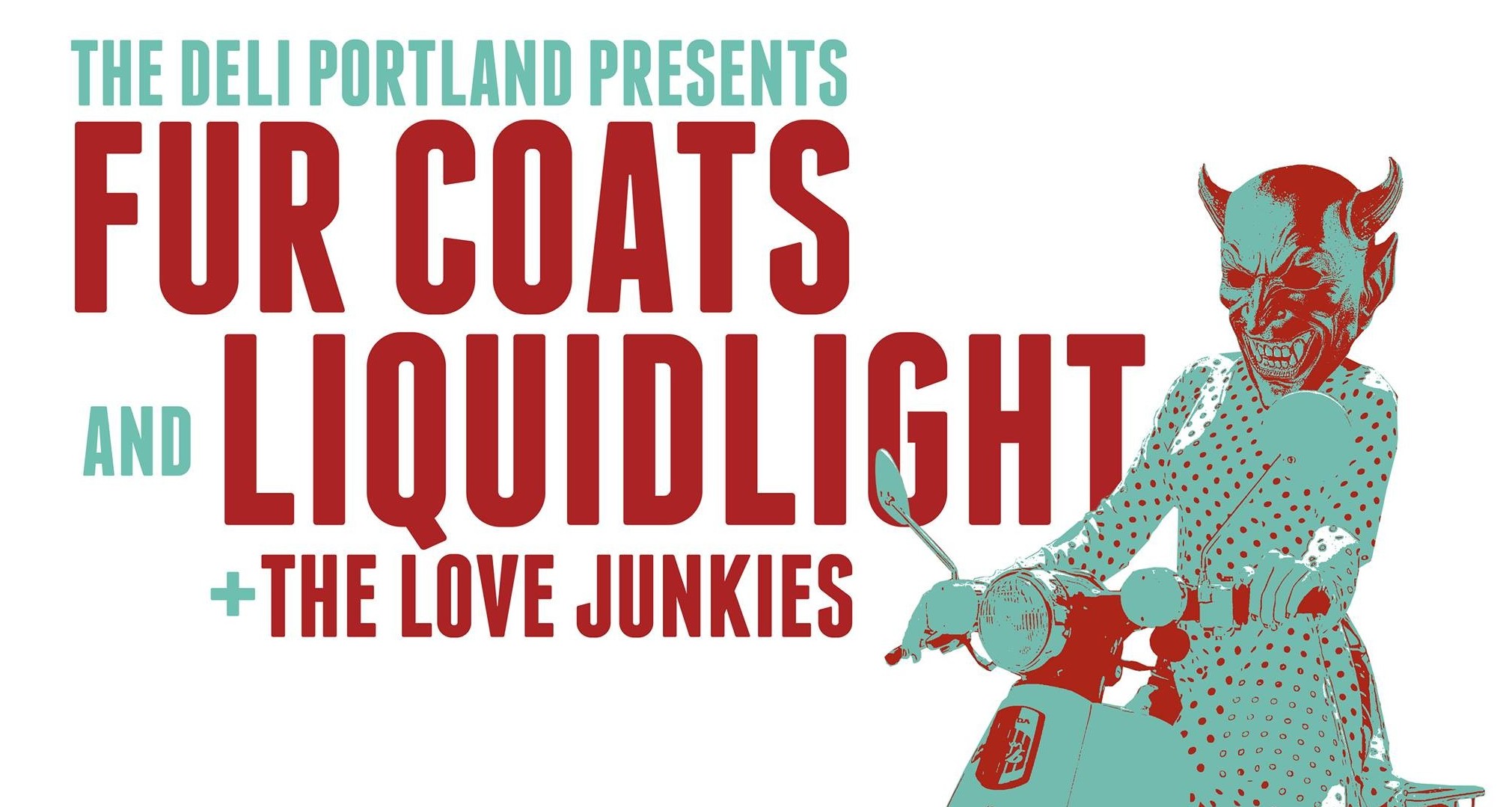 The Deli Portland has been a mainstay publication for some time, always creating a great chance for bands that are just under the radar to get a spot on the map.

In the last year it went through some shifts, with Cervante Pope stepping up to the wheel as editor, after years writing for Oregon Music News under the tutelage of Tom D’Antoni.  The observant, straight-forward and ever creating Pope has revived the long dormant “Deli Portland Presents” series, which starts again tonight at Holocene.

Co-headlining are Fur Coats and Liquid Light.  Fur Coats are a band that if you are into surf-soul-psych, you shouldn’t miss. Led by the ever present and dynamic Chris Carl Hoganson, their sets are steeped in the kind of drama that can be sometimes missed in Portland.

Liquid Light have Foo Fighters-like jam, bringing the kind of rock that  was big in the 90s balancing tender dynamics with truly great shredding.  They recently won the Deli’s best new band in Portland, which is a big step up for the band who has been quickly gaining fans for their great stage show over the last year.

Not to keep it too local, Australian artists Love Junkies will fill out the bill.