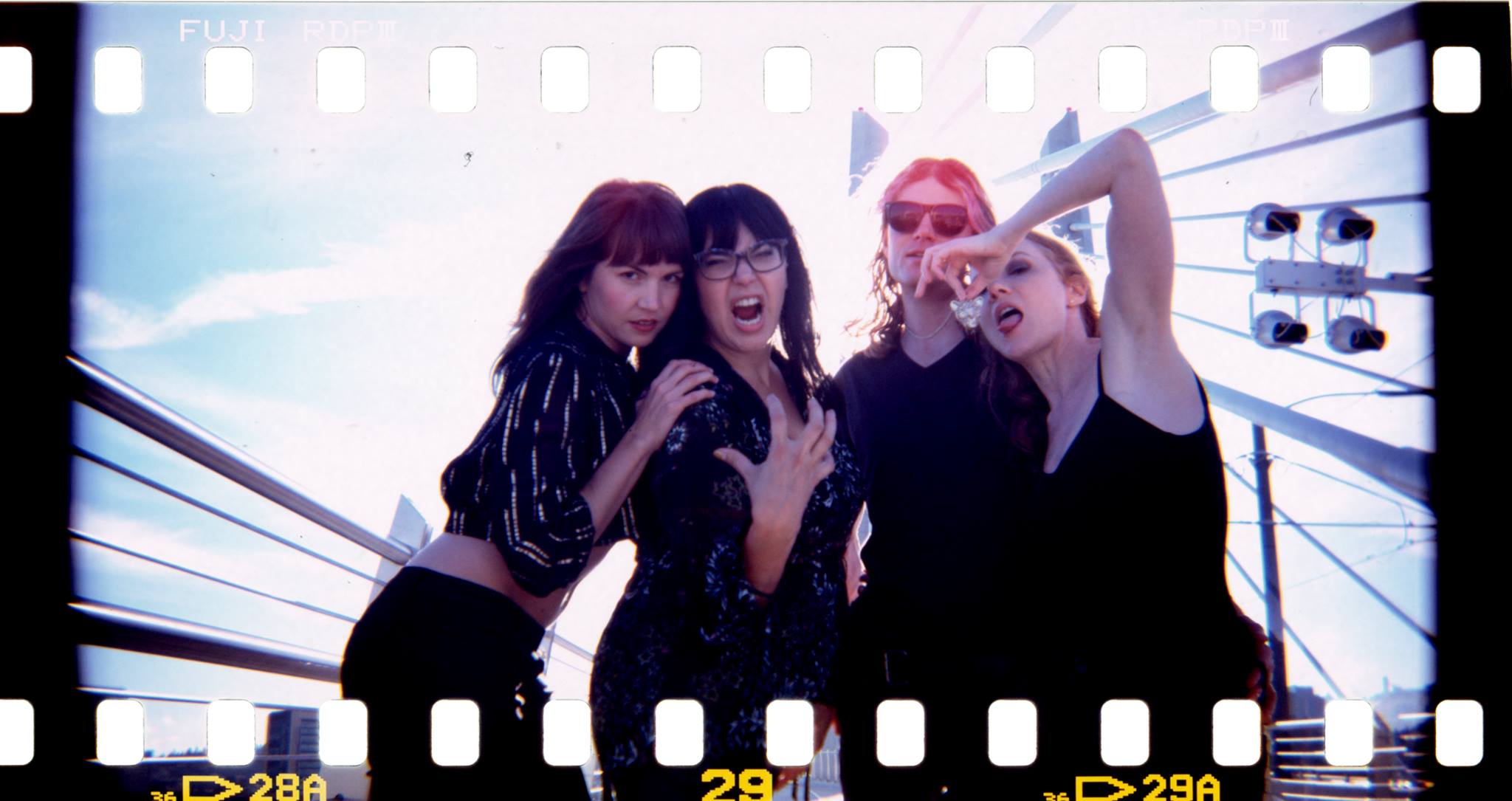 I woke up today to two wonderful things on my feed: Summer Cannibals new music video and Moon Tiger’s debut EP.  If you know anything about either of these bands, you now they are made up of women who are doing big things, not just as musicians-which they very much are-but as makers and doers in the city of Portland.

Welcome Moon Tiger.  Influenced by feminist rockers like Patti Smith, the band made up of Alison Cohn, Taylor Hill, Alicia J. Rose and Meagan Faith Schreiber spent the last year making it clear that they were down for house shows and unexpected venues.  Featuring one of the fiercest makers in Portland, Alicia J. Rose(listen to my interview with her from last year here), the newest evolution of Miss Murgatroid, currently the Queen behind web series The Benefits of Gusbandry… the record is a gem with great writing and a quick introduction to what is quickly going to be one of my favorite bands in town.  “Mama gonna take your pain away” See them at their release show this Thursday the 7th with Ali Mujareb and Dreckig at Bunk Bar.

Today Stereogum premiered the newest video from Portland’s foremost rockers, Summer Cannibals.  I first fell in love with them after of all places, hearing them on Sound Opinions last spring and then a racaus late night show at Treefort in 2015 and then Pickathon in 2015… and now it feels like I’ve never not been obsessed with them.  Jessica Boudreaux, Jenny Logan and Devon Shirley do what the best of the heavies do, make more sound with 3 people than most bands could make with 6.  The band has been on the road with Thermals and recently signed with Kill Rock Stars, a label that famously won’t work with you unless you have your shit together, and boy do they ever.